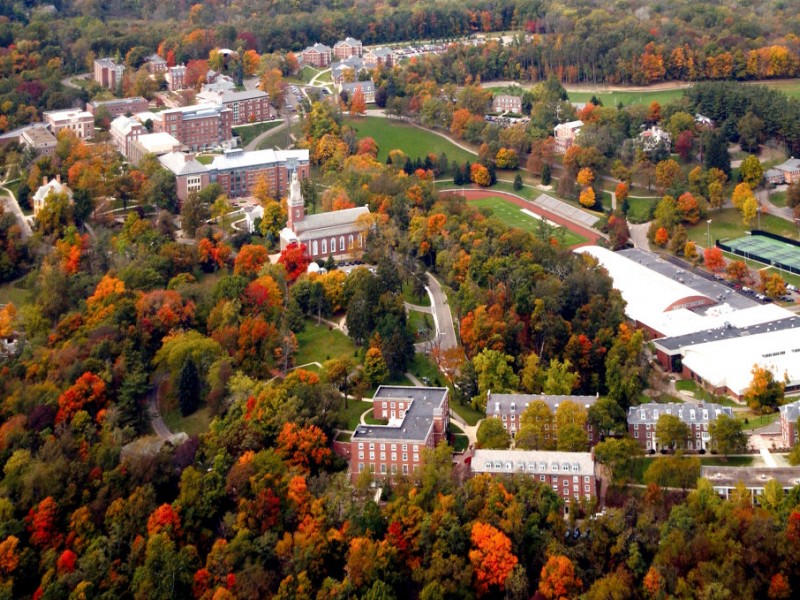 Denison University is a private, coeducational, and residential four-year liberal arts college in Granville, Ohio, about 30 mi (48 km) east of Columbus. Founded in 1831, it is Ohio’s second-oldest liberal arts college. Denison is a member of the Five Colleges of Ohio and the Great Lakes Colleges Association, and competes in the North Coast Athletic Conference. The acceptance rate for the class of 2022 was 34 percent.

On December 13, 1831, John Pratt, the college’s first president and a graduate of Brown University, inaugurated classes at the Granville Literary and Theological Institution. Situated on a 200-acre farm south of the village of Granville; it was the second Baptist college west of the Allegheny mountains after Georgetown College, which was founded in 1829. While rooted in theological education, the institution offered students the same literary and scientific instruction common to other colleges of the day. The first term included 37 students, 27 of whom hailed from Granville; nearly half of these students were under fifteen years of age. The school was more of an academy than a college. The school’s first Commencement, which graduated three classical scholars, was held in 1840.