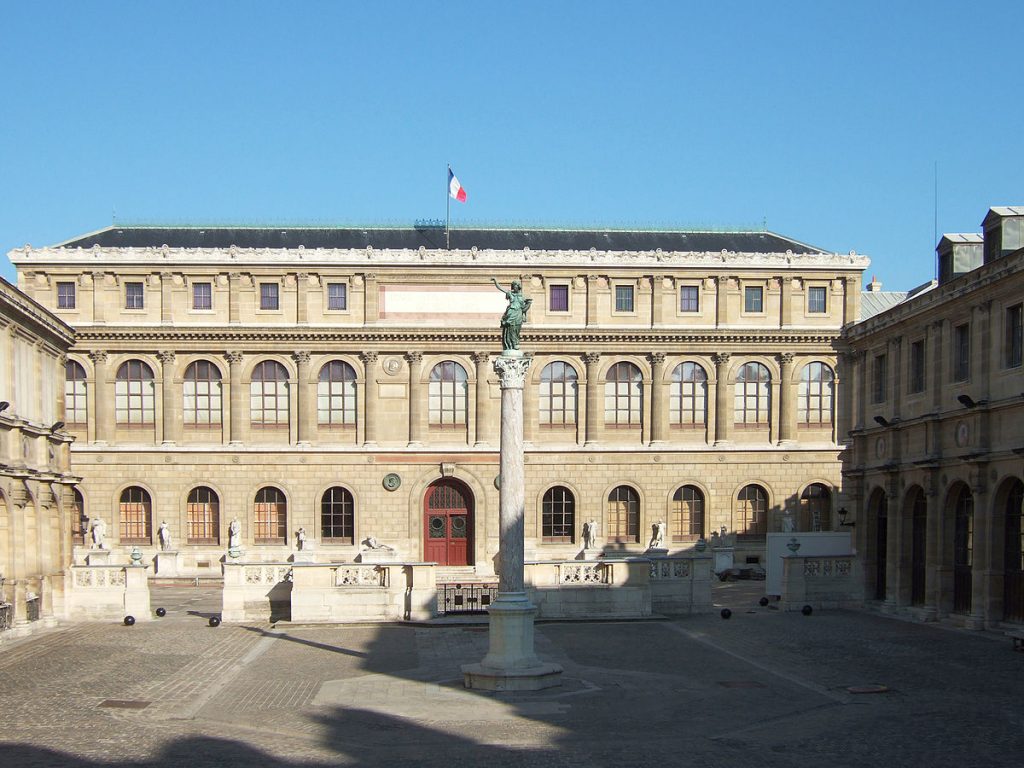 An École des Beaux-Arts (French pronunciation: ​[ekɔl de bozaʁ], School of Fine Arts) is one of a number of influential art schools in France. The most famous is the École nationale supérieure des Beaux-Arts, now located on the left bank in Paris, across the Seine from the Louvre, at 14 rue Bonaparte (in the 6th arrondissement). The school has a history spanning more than 350 years, training many of the great artists in Europe. Beaux Arts style was modeled on classical “antiquities”, preserving these idealized forms and passing the style on to future generations.

The origins of the school go back to 1648 when the Académie des Beaux-Arts was founded by Cardinal Mazarin to educate the most talented students in drawing, painting, sculpture, engraving, architecture and other media. Louis XIV was known to select graduates from the school to decorate the royal apartments at Versailles, and in 1863 Napoleon III granted the school independence from the government, changing the name to “L’École des Beaux-Arts”. Women were admitted beginning in 1897.

The curriculum was divided into the “Academy of Painting and Sculpture” and the “Academy of Architecture”. Both programs focused on classical arts and architecture from Ancient Greek and Roman culture. All students were required to prove their skills with basic drawing tasks before advancing to figure drawing and painting. This culminated in a competition for the Grand Prix de Rome, awarding a full scholarship to study in Rome. The three trials to obtain the prize lasted for nearly three months. [1] Many of the most famous artists in Europe were trained here, to name but a few, they include Géricault, Degas, Delacroix, Fragonard, Ingres, Moreau, Renoir, Seurat, Cassandre, and Sisley. Rodin however, applied on three occasions but was refused entry.