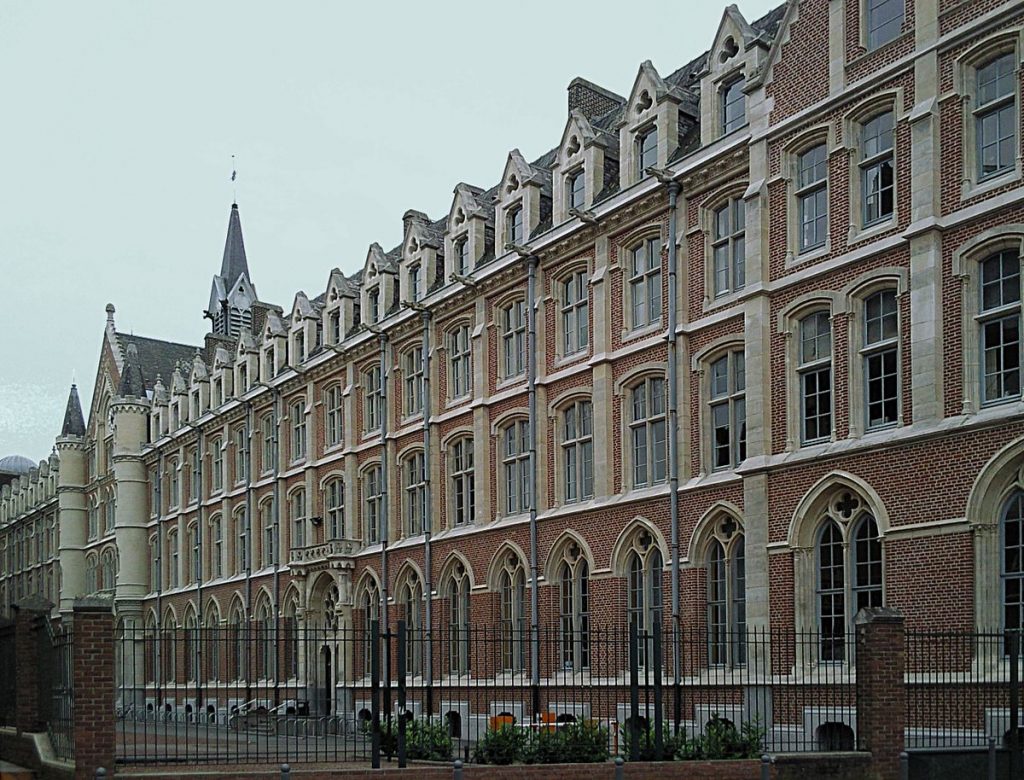 Lille and Polytechnic University Federation[3] (French: Fédération Universitaire et Polytechnique de Lille), which also goes by the name Lille Catholic University (French: Université Catholique de Lille) (“Catho”), is a federation of Catholic-inspired institutions established in 1973.[4] Its history dates back to 1875 when the first of these institutions was created. The Federation comprises five faculties, 20 schools and institutes, research centers, and a hospital, with a cumulative student body of 24,540 in 2012.

The year of the Wallon Law of 12 July 1875 freeing up higher education, the Catholic University of Lille was founded by a committee of lay Ultramontanes including Philibert Vrau, “embarrassed” by the absence of such a structure in Lille while public schools were established in Lille since 1854. This was amidst a national debate on secularism before the church-state separation in France.

The Faculty of Medicine was created in 1876 and the College of Theology in 1877. The official inauguration took place on 15 January 1877, upon receipt of the papal bull which gave the Lille Catholic University canonical status.