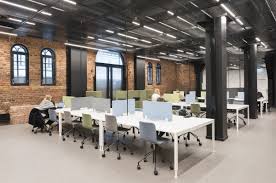 Oslo Metropolitan University (Oslo Met or OMU; Norwegian: Oslomet – storbyuniversitetet, sometimes stylised by the institution as OsloMet – storbyuniversitetet) is a state university in Oslo and Akershus in Norway. It has around 1,400 academic employees (of which over 150 are professors/research professors, the top rank in Norway), around 20,000 students and around 800 administrative support staff.

Oslo Metropolitan University was established on 12 January 2018 and is the second youngest of Norway’s new universities. It evolved from what was until 2018 Norway’s largest university college, Oslo and Akershus University College, which was itself the result of many previous mergers of around 30 former colleges and community colleges in the Oslo area. It should not be confused with Norway’s oldest and highest ranked university, the University of Oslo.

The university has the following faculties:

Faculty of Education and International Studies

Faculty of Technology, Art and Design