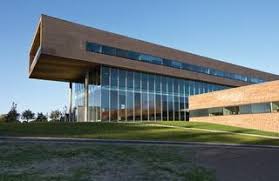 Østfold University College (Norwegian: Høgskolen i Østfold, HiØ) is a further and higher education institution in Østfold, which is in south-eastern Norway.[1] It has campuses in Fredrikstad and Halden. Enrollment is approximately 4,000 students as of 2010; and 480 staff. The school is one of 24 public university colleges in Norway, and is a result of five public colleges in Halden, Sarpsborg and Fredrikstad which were joined together as a part of the University College Reform (Norwegian: Høgskolereformen) of 1994.

The school offers over 60 fields of study, ranging from Associate degrees, Bachelor’s degrees, Master’s degrees, and some Doctorates.

Faculty of Health and Social Studies